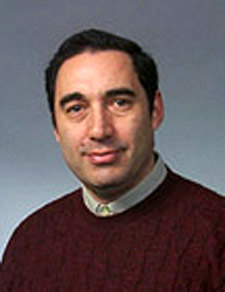 Dr. Cabrera is a full professor in the Higher Education concentration. His research interests include the impact of college on students, college choice, classroom experiences, minorities in higher education, and college outcomes. He was also co-principal investigator for the IES grant titled Dream Deferred, which provided a most comprehensive review of the impact of GEAR UP on awareness and readiness for college among low-income middle school students. He was the co-leader of the Diversity Institute, a project funded by NSF seeking to create inclusive teaching practices in STEM fields. His work has received several awards including the H. S. Warwick Award for Outstanding Published Scholarship in Alumni Relations and the ASHE Early Career Award. He has been a faculty member at the University of Wisconsin at Madison, Penn State University, SUNY-Albany, and Arizona State University-West campus. He has served on the advisory boards of Pathways to College Network, the National Postsecondary Education Cooperative (NPEC)'s Student Outcomes, the GEAR UP Evaluation Council of the National Council for Community and Education Partnerships (NCCEP), and the Higher Education Accreditation Agency of the Provincial Government of Aragon, Spain. Dr. Cabrera has also served on the National College Access Network's board of directors as well as on the editorial boards of Journal of Higher Education, Review of Higher Education and Research in Higher Education, and Revista Complutense de Educacion. In 2009-10, on a Fulbright award, Dr. Cabrera worked with the Pontifical Catholic University of Rio Grande do Sul (PUCRS) and the Federal University of Santa Maria (Universidade Federal de Santa Maria or UFSM) in developing performance indicators for assessing classroom teaching practices and student learning among Brazilian college students. He has conducted workshops on frameworks and methods for studying college persistence in Chile, Mexico and Brazil. In 2012, he was inducted as an AERA Fellow in recognition of sustained achievement in education research.  Dr. Cabrera has also consulted with the Hispanic Association of Colleges and Universities (HACU), the US Congress' Advisory Committee on Student Financial Assistance, the Cooperative Institutional Research Program at UCLA, the American Council on Education, Western Interstate Commission on Higher Education, the US Department of Education, the National Postsecondary Education Cooperative, the Argentinean Minister of Education, and with several universities in the USA and abroad. Dr. Cabrera has been a member of the editorial boards of Journal of Higher Education , Review of Higher Education and Research in Higher Education . His work on the role of finances on college persistence and on determinants of default behavior has received several awards.