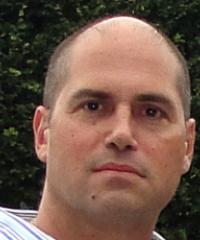 Anthony Colantuono is Professor of Early Modern Italian, French and Spanish Art.  His work deals with problems of interpretation, criticism and theory in painting and sculpture, with special emphasis on the interaction of literary and pictorial theories and technologies of visual rhetoric.  His books include Guido Reni's Abduction of Helen (1997), exploring the role of Reni's famous painting and other works as instruments of diplomatic communication in the context of the Thirty Years War; and Titian, Colonna and the Renaissance Science of Procreation: Equicola's Season of Desire (2010), which shows that Titian's famous mytho-poetical paintings for the camerino of Duke Alfonso I d'Este of Ferrara (ca. 1511-25), and Francesco Colonna's literary romance titled Hypnerotomachia Poliphili (1499) were both designed as pedagogical allegories whose purpose was to instruct the reader/beholder in the pseudo-Aristotelian theory of the 'libidinal seasons' and the art of successful procreation.  Professor Colantuono's most recent book is a volume of essays, Critical Perspectives on Roman Baroque Sculpture (2014), co-edited with Professor Steven Ostrow (University of Minnesota), which deals with problems in the interpretation and criticism of seventeenth-century sculpture.

His articles and essays address a wide range of topics including the rhetorical and logical structure of pictorial conceits in Poussin, Caravaggio and Lorenzo Lippi, the theory and criticism of sentiment in early modern art, theories and practices of diplomatic imagery, and connoisseurial problems in Poussin and Titian.

Professor Colantuono has received numerous grants and awards for research, including the two-year pre-doctoral 'Rome Prize' at the American Academy in Rome (1983-85), the Robert Lehman Fellowship at Villa I Tatti (the Harvard University Center for Italian Renaissance Studies (2002-03), Florence, Italy), and two NEH fellowships (summer 1990 and calendar year 2004).

Professor Colantuono's current projects include a study of the activity and methods of medieval and early modern iconographical advisors, an edition and English translation of Orfeo Boselli's 17th-century treatise Osservationi della scoltura antica, and a study of the relationships between Baroque painting and modern film.