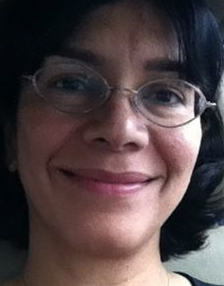 Dr. Ashwini Tambe is Associate Professor in the Department of Women’s Studies. She is also the Editorial Director of the journal Feminist Studies [http://www.feministstudies.org/home.html], a premier venue for interdisciplinary feminist scholarship and creative expression. She has previously taught at the University of Toronto, Georgetown University and Temple University. Her interests include transnational feminist theory, modern South Asia, sexuality studies and global political economy. Her current work, supported by SSHRC and NEH grants, examines the legal paradoxes in age standards for sexual consent and the shifting definitions of girlhood. Dr. Tambe is also fascinated by the cosmopolitanism found in early women’s magazines in India, and is involved in analyzing and digitizing the archives of the Marathi magazine Stree.

Over the past decade, the bulk of her work has focused on how South Asian societies regulate sexual practices. Her book Codes of Misconduct: Regulating Prostitution in Late Colonial Bombay (University of Minnesota Press, 2009) reflects on the moral panics and racialized logics surrounding campaigns to curb sexually-transmitted disease and trafficking. The book challenges linear readings of the relationship between laws and their effects by treating legal prohibitions as productive forces. Dr. Tambe has also co-edited The Limits of British Colonial Control in South Asia (Routledge, 2008), which foregrounds social disorder in port cities in the Indian Ocean.

Dr. Tambe draws inspiration from feminist activism in multiple settings, including India and Malaysia, where she grew up. She is multilingual –speaking French, Marathi, Hindi and Portuguese– and seeks to engage with feminisms outside Anglocentric circles. Her major sources of nourishment are mothering, music (especially funk and jazz), theater, and Chinese brush painting.