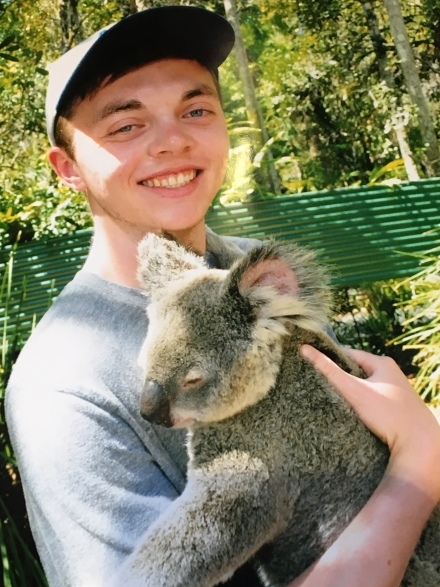 Studying abroad changed me to my core, and it changed me for the better. I learned how to be social, to be comfortable with who I am, and to see the world differently. During my time abroad, I made friendships that I’m sure will last a lifetime and memories I’ll never forget. I went to Australia a month before classes started in order to travel. Over the course of 27 days, a friend and I were able to visit Melbourne, Canberra, Sydney, Brisbane, Cairns, Alice Springs (and Uluru), Perth, Adelaide, and Launceston. We also made it to Auckland, Rotorua, and Queenstown in New Zealand during the semester break. During those travels, I convinced myself to constantly push my comfort zone and try new things. Studying abroad was the best decision I’ve ever made.

Advice for future #TerpsAbroad: Australian culture has a lot of similarities to American culture, but there are some big differences too. Try as many Aussie things as you can while you’re there. Learn to love Vegemite, call their form of ketchup “toe-maw-toe” sauce, pet a "roo", incorporate the word “mate” into your everyday language, etc. You won’t regret it!

During a day excursion swimming with dolphins in Perth, I met a South African woman, Genevieve, who was traveling through Australia going east while I was going west. It turned out that we were going to be in Melbourne at the same time so we agreed to meet at the Queen Victoria Market. The Night Market brought local restaurants using local ingredients, Melbournians, and tourists together every Wednesday night. The Market always had live bands playing.  There was a local Irish folk music band playing on the day that Genevieve and I met up. A crowd of about 200 people gathered in a semi-circle as a few people danced in front of the stage. Genevieve said she really wanted to dance, but I, being as nervous and shy as I was, really preferred not to. When the band announced the next song would be the last, I agreed to dance. So, Genevieve and I whipped up a little jig that we agreed to repeat over and over in front of all these people. When the band started the last song, Genevieve and I were the only two to take to the dance floor. We did our dance for the longest 90 seconds of my life. Then, suddenly, about a dozen other people joined us. Then, more joined. Before we knew it, there were 20-some people dancing. I’m not Irish. I don’t dance. Yet, I was so happy I decided to dance. I attribute this moment as the moment I truly broke out of my shell.

Advice for future #TerpsAbroad: Education Abroad has all the information you could possibly need, and they can probably put you in contact with someone who has completed the program you want to do. If you have a question, ask! They won’t steer you wrong.

When I first arrived in Australia, I had immediate homesickness. I overcame it by staying busy, trying new things, and meeting people. The homesickness was quickly replaced with sadness that my exchange [program] was going to end in only five months.