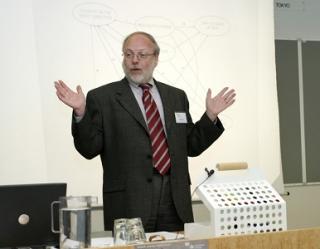 Eric M. Uslaner is Professor of Government and Politics at the University of Maryland.  He is the author of seven books and over 150 articles in professional journals and edited volumes.  His research focuses on trust and corruption.  In his most recent book, Segregation and Mistrust, he challenges the argument that a more diverse society is less trusting.  Rather, it is segregation that isolates people of different backgrounds from each other and leads to less trust.  His current research is on both trust and corruption.  He is preparing a book with Bo Rothstein of Goteborg University (Sweden)  on the historical roots of corruption.  Countries (and colonies) that had greater levels of education in 1870 have less corruption today.

He lectures widely around the world, being a keynote speaker at 30 conferences throughout North America, Australia, Europe, and Asia, for both academic and non-academic audiences.  He has served as a Fulbright Professor in Israel, Russia, and Australia.  He is Senior Research Fellow at the Center for American Law and Political Science, Southwest University of Political Science and Law, Chongqing, China and Honorary Professor of Political Science, Aarhus University, Denmark.  His book, The Moral Foundations of Trust, has been translated into Chinese and Korean.  His book, Corruption, Inequality, and the Rule of Law, has been translated into Japanese and a Chinese translation is in production.  He has also written a paper for the Center for American Progress on the implications of inequalty for social cohesion.  He is a member of a three-person research team on the legal culture in Russia on a grant funded by the government of Norway.