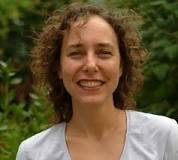 Karin Rosemblatt studies the relation of gender, race/ethnicity, and class to governance and state policies. She is currently at work on a book that considers how scholarship on race and poverty shaped discourses of social mobility, cultural difference, and national development in Mexico and the United States from 1920 to 1970. This transnational study examines the biographies and writings of influential sociologists and anthropologists to understand when and how ideas about race changed as they move across national borders. Her essay "Other Americas: Transnationalism, Scholarship, and the Culture of Poverty In Mexico and the United States" (Hispanic American Historical Review, 2009) received an honorable mention in the best article competition of the American Sociological Association's Section on the Political Economy of the World System. She is the author of Gendered Compromises: Political Cultures and the State in Chile, 1920-1950 (University of North Carolina Press, 2000), which examined how feminists, socialists, labor activists, social workers, physicians, and political leaders converged around a shared gender ideology and how that ideology shaped labor, health, and welfare policies. The book won the Berkshire Prize for the best first book by a woman historian. With Nancy Appelbaum and Anne MacPherson, Rosemblatt edited the anthology Race and Nation in Modern Latin America (University of North Carolina Press, 2003.

Rosemblatt has held fellowships from Fulbright and the National Endowment for Humanities and been a fellow at New York University and the Radcliffe Institute for Advanced Study. She is the recipient of a National Science Foundation Scholar Award for her current book project. Rosemblatt received her PhD from the University of Wisconsin-Madison in 1996. She served as Director of Latin American Studies at Maryland from 2008 to 2013 and at Syracuse University, where she taught from 1995 to 2008.

Study Abroad 101
What is study abroad? How does it work at UMD?
END_OF_DOCUMENT_TOKEN_TO_BE_REPLACED