In 1912, Tokyo Mayor Yukio Ozaki gifted more than 3,000 cherry blossom trees to the people of the United States. Each spring when cherry blossoms bloom around the Tidal Basin in Washington D.C., they symbolize the flourishing friendship between the United States and Japan. The nation then celebrates the National Cherry Blossom Festivals, and this is also when the traditional Japanese koto music joins in.
Known as the only koto professor in the Mid-Atlantic states, Kyoko Okamoto created a nonprofit cultural organization, Washington Toho Koto Society, in 1971. Since then, she has dedicated herself to spreading the music in the United States and promoting mutual understanding between the two countries. She has also been teaching at the University of Maryland since 1973.
Okamoto said she loves teaching koto because she likes the quiet, clear and relaxing sound that the instrument carries. She sets high expectations for her students to play the instrument well, so that they do not ruin the beauty of the art.
In October 2003, the Washington Toho Koto Society was honored with a Special Award from the Foreign Minister of Japan, Yoriko Kawaguchi. Additionally, in 2014, the WTKS received the Marshall Green Award offered by the Japan-America Society of Washington D.C. in recognition of their excellent performances and contribution in developing the appreciation of koto music among American music-lovers.
Okamoto’s students said they learn different aspects of life lessons through practicing koto music such as persistence, self-discipline and deligence.
Besides presenting on Maryland Day, which is on April 25, 2015, the UMD Japanese Koto Ensemble and the WTKS will perform at their 43rd Annual Spring Koto Recital at the Clarice Smith Performing Art Center on May 2, 2015. These events are free and everyone is welcome. For more information about upcoming performances, visit http://www.kotosociety.org
Excerpt from mobile journalism student Sheng Lim.
Region:
North America 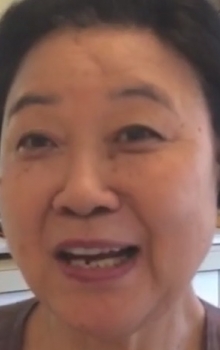