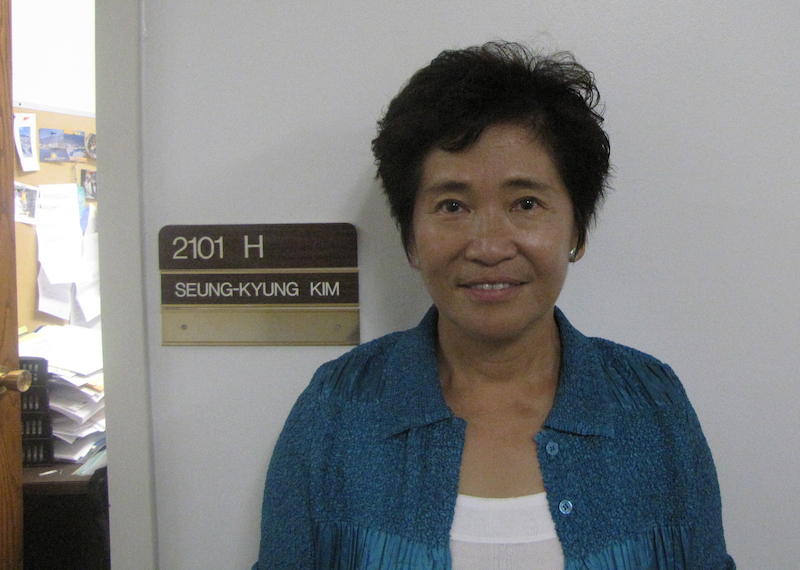 Seung-kyung Kim is Professor Emerita of Women’s Studies and an affiliate faculty of the Department of Anthropology, the Department of American Studies, and the Asian American Studies Program.  In addition to teaching, she served as the founding Director of the Asian American Studies Program, 2000-2004; as Acting Chair of the Women’s Studies Department, spring 2009-spring 2010; and as Acting Associate Dean for Graduate Education for the College of Arts and Humanities, 2010-2011.  She was a Fulbright Fellow in Korea during 2004-2005.  Her research expertise includes Gender and Labor Politics, Social Movements, Feminist Theory, and Women in East Asia and Asian America; her current research focuses on the intersection of transnational migration, education, and the family.  She is a Fellow of the Korean Family in Comparative Perspective Laboratory for the Globalization of Korean Studies funded by the Academy of Korean Studies.

Her publications include: Class Struggle or Family Struggle?: Lives of Women Factory Workers in South Korea (Cambridge University Press, 1997; paperback, 2009); Feminist Theory Reader: Local and Global Perspective (Routledge Publishers, 2003, Second edition, 2009).  Besides her most recent article, “Gender Mainstreaming and the Institutionalization of the Women’s Movement in South Korea,” is published in Women’s Studies International Forum (2011), she has written articles and book chapters that were published in various journals and anthologies.  She is currently working on two book manuscripts: South Korean Feminists’ Bargain: Progressive Presidencies and the Women’s Movement, 1997-2006, which was funded by the Korea Foundation, and Global Citizens in the Making?: Transnational Migration and Education in Kirŏgi Families, which was funded by the Social Science Research Council.