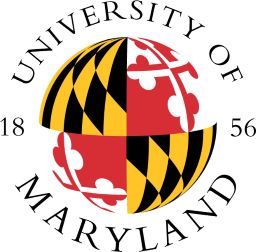 Sonya Michel’s research and teaching center on the history of women, men, genders and sexualities and the history of poverty and social welfare, both in the U.S. and in comparative perspective. She is currently completing several book projects: a textbook, “Poverty and Social Policy in the United States: Historical and Transnational Perspectives,” co-authored with Laura Frader, Sarah Rose, and Richard Scotch (under contract to Routledge); and two edited collections: Race, Ethnicity, and Welfare States in Europe and the United States: An American Dilemma? (to be published by Edward Elgar in June 2015), and Bodies and Borders: Negotiating Motherhood in the 21st Century, co-edited with Yasmine Ergas and Jane Jenson (under contract to Columbia University Press). Professor Michel is also participating in an international research network on women, migration, and the work of care, both historical and contemporary.

Professor Michel's recent collection Gender and the Long Postwar: Reconsiderations of the United States and the Two Germanys, co-edited with Karen Hagemann, was published by the Woodrow Wilson Center Press/Johns Hopkins University Press in 2014. This collection was “highly recommended” by Choice in January 2015. Other publications include Women, Migration, and the Work of Care: The United States in Comparative Perspective, editor and introduction (Washington, DC: Woodrow Wilson International Center for Scholars, 2011), http://www.wilsoncenter.org/publication-series/women-migration-and-the-w... "Maternalism and Beyond,” in the volume Maternalism Reconsidered: Motherhood Social Policy in the Twentieth Century, co-edited by Marian van der Klein et al. (Berghahn 2012); and “All in the Family? Migrants, Nationhood, and Care Regimes in Asia and North America,” co-authored with Ito Peng (Journal of European Social Policy, forthcoming 2012).

Sonya Michel has taught at Brown, Harvard, Brandeis, Princeton, the University of Illinois at Urbana-Champaign and at Chicago, where she was Director of the Gender and Women's Studies Program. She has received numerous awards, including Fulbright, NEH, Bunting (Radcliffe), Davis Center (Princeton), and Woodrow Wilson International Center for Scholars fellowships. She has served in various capacities for the American Historical Association, the Social Science History Association, and the European Social Science History Conference. In 2008 she co-authored a special report for the AHA on "Internationalizing Student Learning Outcomes in History" ). From 2007-2009, she was Director of the Nathan and Jeanette Miller Center for Historical Studies in the Department of History at UMD, and from 2009-11, she served as Director of United States Studies at the Woodrow Wilson International Center for Scholars in Washington, D.C.