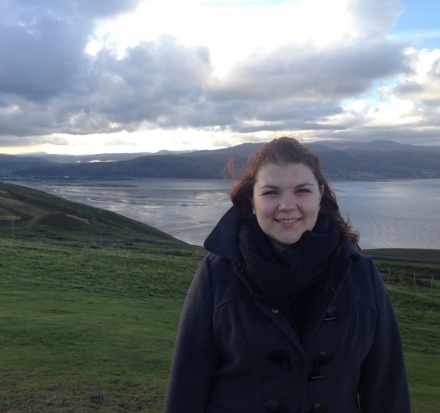 Studying abroad changed my life. Personally, I grew to trust myself and be self-reliant. I also realized how incredible different cultures can be and that we can learn from them. Professionally, I realized that I was unhappy in my original major and found a path I am extremely excited to continue to pursue.

Advice for future #TerpsAbroad: One of my biggest pieces of advice is just to make it happen. I am a first generation student and I wanted to hurry through school as quickly as possible, to save money. However, studying abroad taught me that sometimes it is best to take a step back and experience things in life that you never considered. Getting straight A's and getting out of school in four years is great, but life experiences are sometimes just as important.

One of the most memorable times abroad was a Wednesday night. I was in the London Stage class and we had to travel to a new part of the city for a play called The Herd and the theater was very small and trendy. We were socializing with locals before the play started and that was the first time I felt like a Londoner. I felt like I belonged there. We entered the theater space to find only 30 seats total, creating an intimate setting. The play was incredible and many of us cried during the production. After the play we got to meet a few cast members and that is when I realized that the father in the play was the actor who played James Potter in the Harry Potter series. While in London I met many famous actors such as Rupert Grint and Anika Rose. This night in particular however was one of my favorites because I was with all my friends and fellow Londoners.

Advice for future #TerpsAbroad: I would say that you should start the process right away and plan as early as possible. One myth that is not true is that it is expensive. Exchanges can be almost as inexpensive as tuition for in-state students. As for out of state students, many programs are less expensive then tuition.