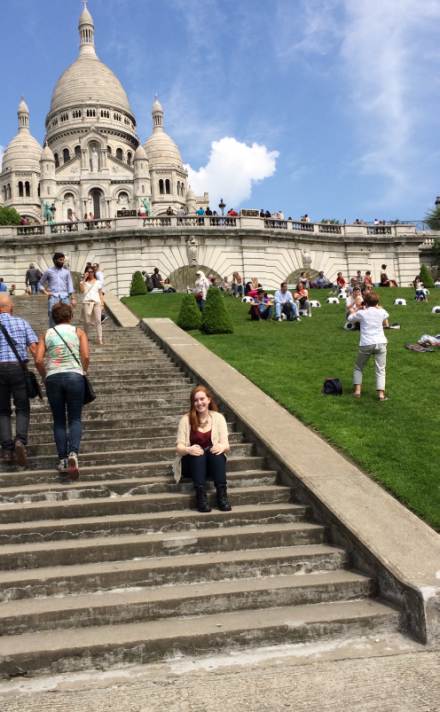 Studying abroad in France gave me a new perspective on political, social, and environmental issues on a global scale. In the US, we don't see much international news and tend to be very inwardly focused on our own country, whereas in France the average person is much more aware of what's happening all over the world. Being able to make connections between problems faced in foreign nations and problems we have in the US (like poverty, racial discrimination, gun violence, etc.) was really illuminating for me, and changed how I think about the US in a global context.

Advice for future #TerpsAbroad: As a history major, I can't recommend study abroad enough. In the US, most of our buildings and monuments were constructed within the last 200-300 years, but in France I visited a 2000 year old Roman amphitheater, ate at the restaurant that Van Gogh painted in his famous "Café Terrace at Night," and wandered around a medieval city that the 7th and 8th Crusades were launched from. Visiting sites that are not only significant in French history but also in the history of the world was an unforgettable experience for me.​

One of my proudest moments I had while in France was simply asking for directions. Although I'm a French minor, I'm not as comfortable with speaking French as I am reading or writing it, and so communicating with locals could be very nerve-wracking for me. About half way through my trip, I got lost trying to meet some friends to watch the Euro Cup, and had to ask a stranger to give me directions. We ended up having a ten minute conversation about the city and the Euro Cup, and that was the first time I really felt like I could hold my own in French.

Advice for future #TerpsAbroad:  I wish I had known about how many scholarships are available to help students pay for study abroad. I didn't find out about most of them until it was past the application dates, and I probably ended up paying more than I needed to for my study abroad trip.​