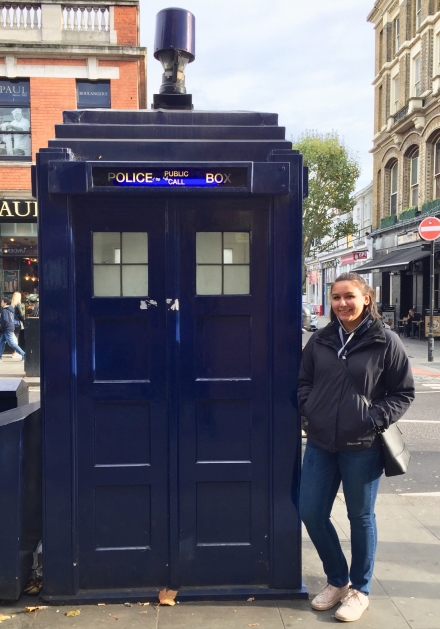 Advice for future #TerpsAbroad: As a first generation American with parents from England and India, I chose the UK for my semester abroad because I have family in the UK and wanted to learn more about the place my mother came from. Going to England, felt almost like going home because I had been there several times before. If you’re first generation, I’d definitely recommend you consider studying abroad in your parents’ home country. As an English major, it was also important that I fulfill some requirements while abroad. I chose to take a Shakespeare class while abroad which suited the experience perfectly.

While I was studying abroad, I went to Edinburgh, Scotland for one weekend. I was there for 3 days and had a vague idea of what I was going to do, but it was looking like I would end up doing it alone. When I arrived at my hostel though, I met another traveler who was coincidentally staying for the same amount of time and was also traveling alone. She and I became friends instantly, and we toured Edinburgh together while learning more about Scotland and Scottish culture. We parted ways, but she invited me to come see her in Sydney, Australia when I have the time (and money!) to travel again.

Advice for future #TerpsAbroad: Think about costs practically.You may need to spend some time saving up. Don’t feel the need to meet and stick with other Americans or Marylanders while abroad! Some of the best people I’ve met have been Brits on Lancaster’s campus. Plus, if you get along with them enough, you’ll have a reason to come back and visit. ​

It was hard to split time between hanging out with friends, traveling, and studying. The locals I was friends with couldn’t travel like I could, so I had to decide which weekends were best for traveling, which were best for going out with friends, and which were so busy that I had to study and work. Look at the weather forecast to see when it’s going to be sunny in that place you want to visit. And most importantly, check those syllabi to see when you’re going to have to spend the weekend [studying].