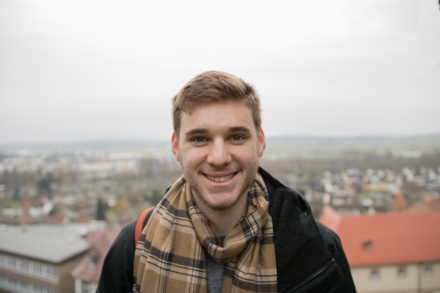 What I gained most from this [experience] was the confidence to strike up a conversation and become friends with people from much different backgrounds than my own. There were people from Argentina, Brazil, Australia, Japan, and several other countries. All of them had different experiences, but what we shared was a love to learn new cultures and expand our language skills. It was fantastic to hang out and go dance and sing karaoke with all these different people because as much as we were all learning about German culture we also learned so much about our own respective cultures. On one of the first nights in Berlin, we stayed up late in our hostel room exchanging slang with the Australians. It was so interesting to hear about how people from different countries do things and view world events. The thing that I will take away most from this [experience] is all the fascinating people I met and the friendships I made.

Advice for future #TerpsAbroad: Be respectful of others. There were many times where I realized that a bunch of us out were very loud on the trams and in restaurants. When coming to a new place it's important to respect customs and make an extra effort to be courteous.

Coming to Germany, I promised myself that I would find a place to play football/soccer because it is such an enormous part of their culture. So when I arrived in Kassel I asked the people organizing the trip if there was a convenient pick up league that I could play in during my stay. There was, and so on the first Tuesday in Kassel I went to the local university gym not really knowing what to expect. I met a student named Artur who spoke English quite well and he helped me talk to the organizers and get me on a team. It was so fun to play but I also got a chance to talk with all of the players about the current news in football which was awesome. They also taught me a fair bit of German to help me play with them. It was a great experience to play with people and also a fantastic way to interact with locals.

Advice for future #TerpsAbroad:  Study abroad takes a lot of planning and a lot of work, but most importantly, it is the most fun you can have while in school. Learning about a new culture is amazing and also provides you with a new perspective on life. Also, the friends you make while studying abroad together are incredible. In one sentence, studying abroad is an experience unlike any other and is completely worth all the logistics. ​

The hardest part about studying abroad in Germany was the language barrier. In Berlin, there were many times where our group was slightly lost where it would have been very useful to know how to ask for directions. I came into the program knowing no German and learned as much as I could in the 3 weeks that I was there. That being said, my German language skills were still rudimentary at best and I still couldn't hold a conversation yet. However, I practiced as much as I could with my host father and the German friends that I had made. After my experience, I am certainly now comfortable ordering food in German and asking for directions if I get hopelessly lost. Learning a new language takes time and practice and I just had to keep working at it.