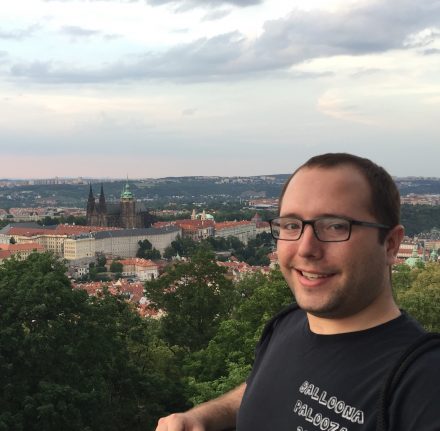 Studying abroad was one of the greatest experiences I've had in my life. To be surrounded and immersed in an unknown land with foreign customs and cuisine was an exciting idea. I learned that pictures and videos of castles and cathedrals do not truly give you an understanding of how large, intricate, and ornate these structures and interiors are. While abroad, I worked with local Czech students on a real life policy proposal for a small town within the Czech Republic. We were attempting to solve the traffic and parking congestion in the town of Litomyšl, and we proposed our solution to the Director of Transportation. During this process, I learned that I could not simply apply the thought process about how to solve public problems with my American perspective. I needed to learn the needs and wants of Czech citizens, and how they would approach a similar problem. Working together with my Czech colleges we created a hybrid approach to alleviate the traffic congestion while maintaining a minimal impact on the citizens of Litomyšl.

Advice for future #TerpsAbroad: I had never traveled outside of the States before. So naturally, I was worried that my identity as an American would precede me. Envisioning how we are perceived as loud, obnoxious, and disrespectful of others, I made every attempt to learn about Czech culture and some of the language. This is exactly what I think helped with my travels. My Czech friends even said they enjoyed how I learned how to say “Děkuji” (thank you), and how I was constantly asking them about their lives and culture here in Czech Republic.

I spent a great amount of time preparing and planning for this trip. Since it was my first time leaving the country, I made sure to be prepared for as many situations as possible. Thanks to this effort, I had a very smooth and enjoyable trip. But the jet lag was pretty rough for the first day after landing. I would recommend getting quality noise cancelling headphones, or ear plugs to block the noise of the plane engines so you can sleep on the plane ride.

Advice for future #TerpsAbroad: My biggest concern was about finances. Traveling is expensive and money is always tight. However, the EA office does a great job at keeping costs as low as possible, and working with you to try and find ample scholarships and grants. You can finance this trip. It will not cost as much as you initially think, but you need to pursue every opportunity to get as much additional funding as soon as possible.