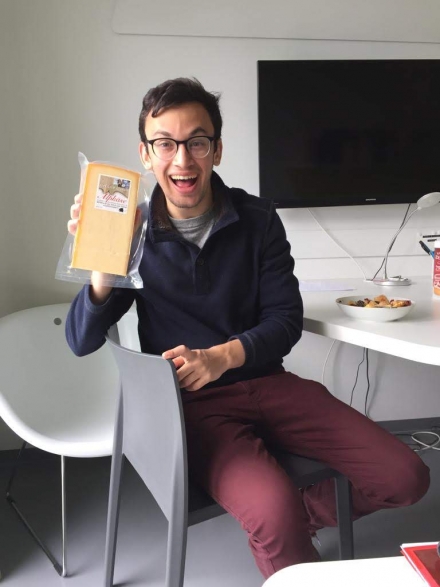 The single coolest thing about abroad is meeting new people from around the world. Everyone has a different story, a different path, and a different reason for their travels, but for one semester or one week or even one night, those paths cross and you get to learn from others experiences and knowledge and share your own experiences and knowledge. I met a Norwegian man in Bucharest who quit his job, bought a van and is driving all the way to Pakistan; two Slovenian high school graduates who were auditioning for the top flute schools in Europe; a Dutch couple who are camping around Europe with their three year old daughter, and so many more people along the way. I've learned from them, debated with them, and been inspired by them. American society stresses hard work and success over everything - sometimes even happiness, and  [study] abroad has helped me break out of this mold and be more willing to take risks and try new paths. I am more willing to work at my own pace and achieve my own successes in my own path. I also learned that unless you travel, it is really hard to understand the people of other countries. I've met people from Iran and Russia, who are often portrayed as hating the US, but they have been really nice, down-to-earth people who hold no ill will towards the US. This has taught me to be very critical of the information I am receiving and to never judge a place or its people until I meet them in person.

I am in a language tandem program in which I help a native German speaker with his English and he helps me with my German. I got to visit his family in the western Austrian state of Vorarlberg, which was incredible! He lives in a town of 2000 people overlooking the Alps and we hiked, biked, and ate a ton of traditional food for four days! Growing up in the suburbs of Baltimore, I was not used to the rural, small-town feel of a place like Vorarlberg but I loved the authenticity of the place and the friendliness of the people.