After sustained rapid economic growth since the 1980’s, China is now facing a “new normal” of slower growth around 6%. Facing overcapacity in industries like steel, China is looking to innovation as a way to help the country move away from low-end manufacturing and spur a new wave of economic development.

A delegation of city mayors and economic development commission division leaders from Anhui Province took part in a five-week training program organized by the University of Maryland Office of China Affairs to learn about the innovation sector in the United States.

From November 7 – December 9 the group engaged with local government bureaus, start-up companies, and non-profits for a series of lectures and site visits in Washington, D.C. and New York City. “The Chinese government wants to use innovation as a strategy for further economic growth,” said participant Xu Zhi, Director of Anhui’s Development and Reform Commission Industry Division. “The U.S. is the innovation center of the world, so we want to understand how the U.S. uses policies to encourage innovation.”

To continue on a trajectory of economic growth, China will need to move up the value chain from low-end manufacturing to high-end products. Chinese officials are particularly concerned about overcoming a “middle-income trap,” and successfully transitioning to a high-income economy -- a feat which only 13 countries have managed since the 1960s. Under China’s 13th Five-Year Plan (2016-2030), the country aims to become an “innovation powerhouse” by 2020.

Anhui, a developing province adjacent to the more flourishing coastal province of Zhejiang and municipal city of Shanghai, is particularly reliant on traditional industries such as steel and coal. Currently, the centrally located province is looking to develop industries such as electronics, biotech, and telecommunications. Current innovation projects include initiatives by the Hefei Institute of Applied Technology to help commercialize research advances and the Hefei Hi-tech Industry Development Zone.

During their four-week visit the group attended lectures on a range of different topics. Lectures included a discussion with the Annapolis Mayor’s Office for a case study on how to advance clean energy as part of an economic development strategy. The group also visited the University of Maryland BioPark to learn about government-university-corporate partnerships to promote the biomedical industry.

“We have an innovation strategy but how do we put it into practice?” asked Xu. The comparative scale of policy implementation is much larger in China. The capital city of Anhui Province, Hefei, has a population of 7.7 million, larger than that of the entire state of Maryland. Still, Xu did remark that he was impressed by the coordination between U.S. federal and local governments. He noted lessons to be learned from case studies on how local governments collaborated with the private sector to spur innovative projects. 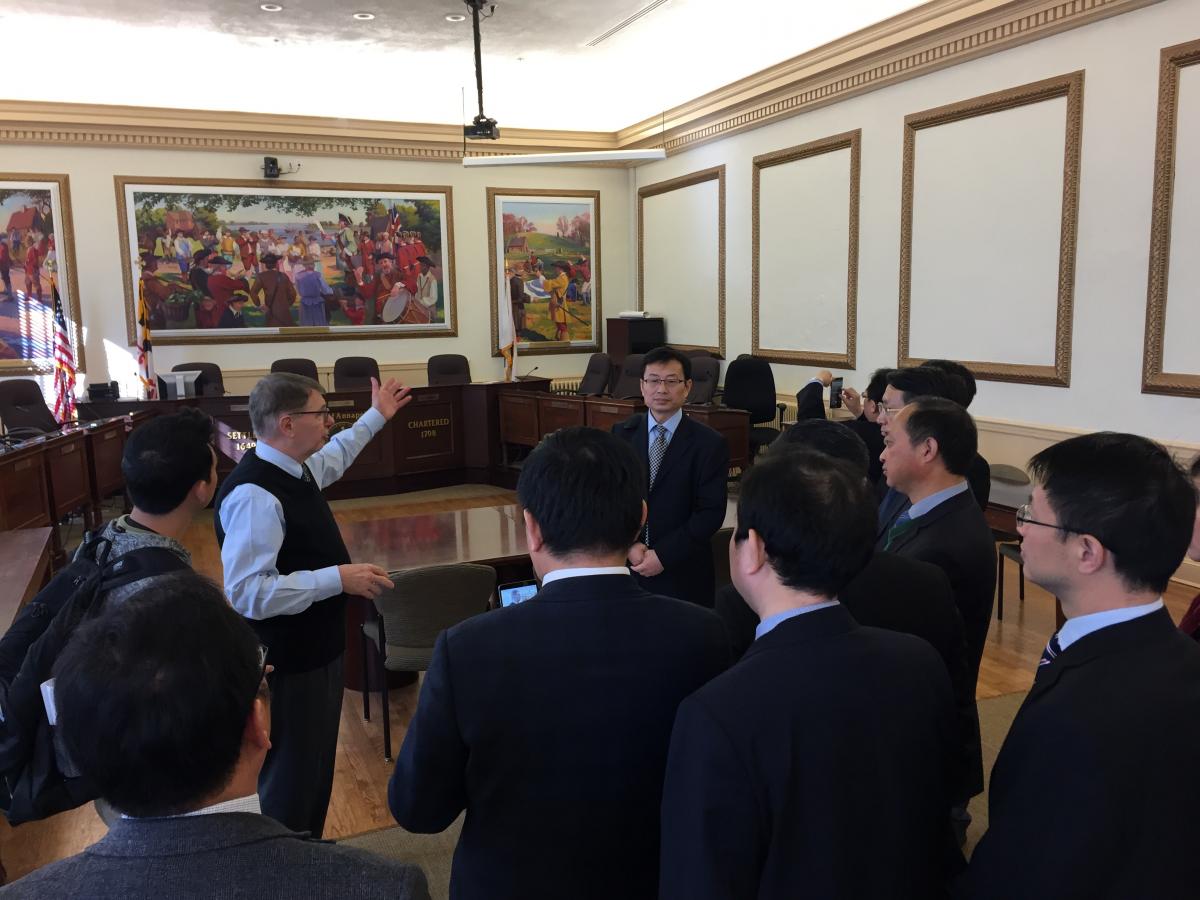 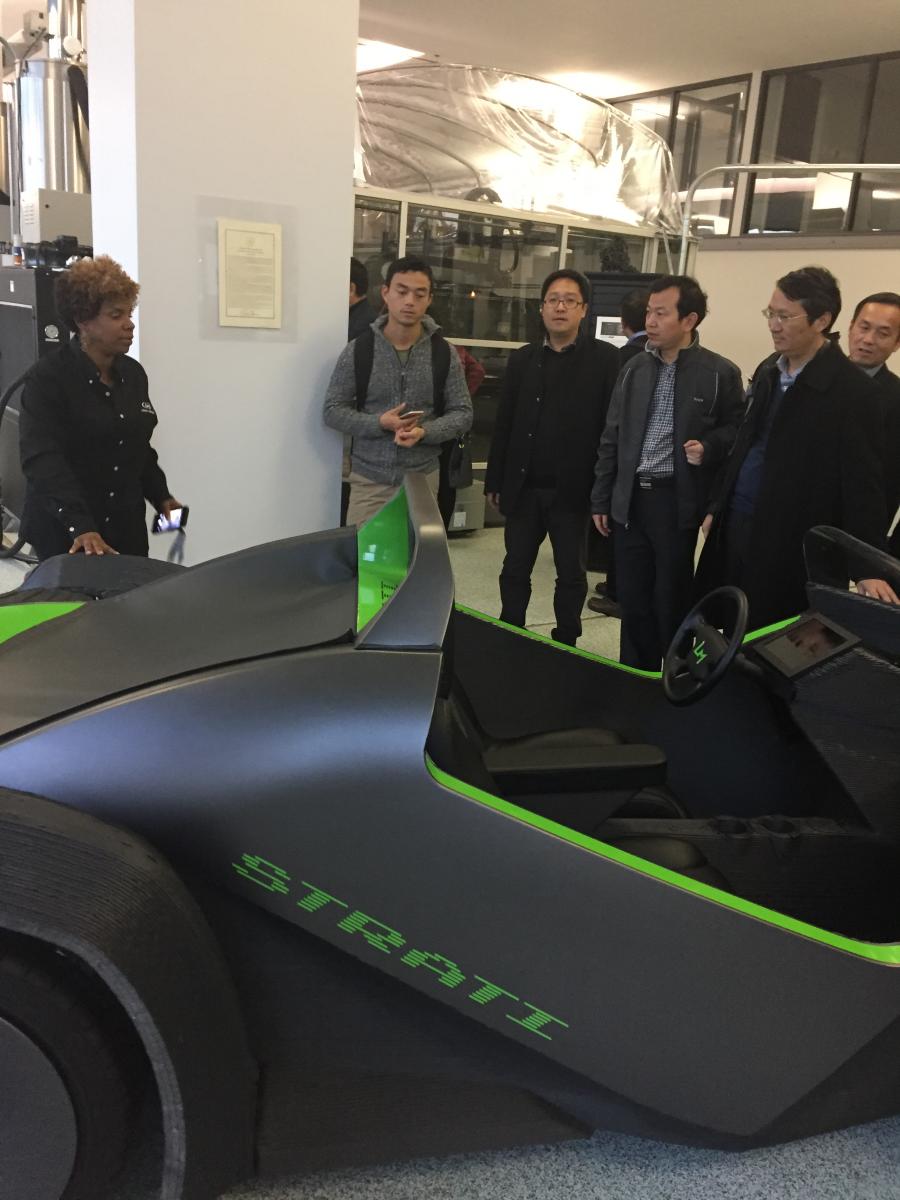 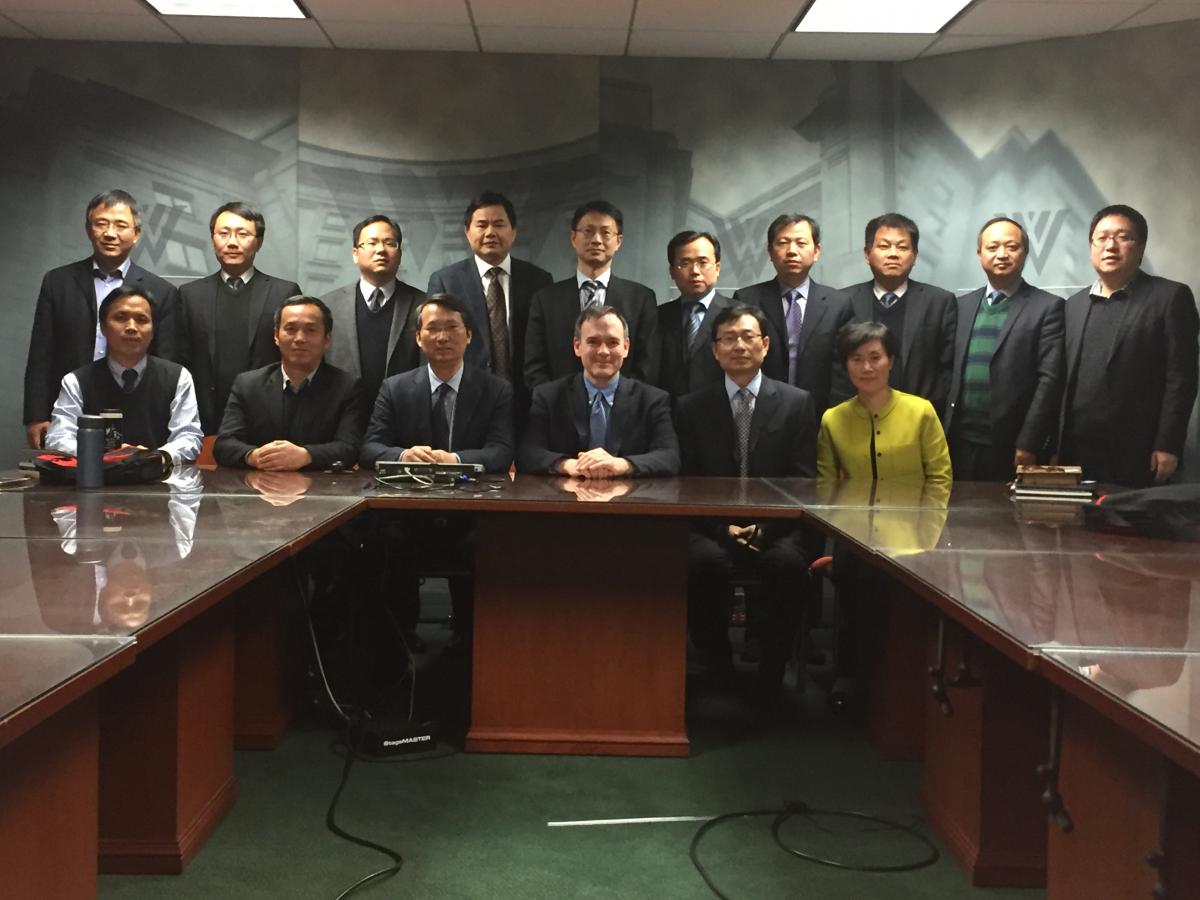 Anhui delegation meets with Director of Kissinger Institute, Robert Daly, to discuss the future of U.S.-China relations under a Trump administration.

International Coffee Hour
Discussion With "We Are Cuba!" Author Dr. Helen Yaffe
Study Abroad 101
What is study abroad? How does it work at UMD?
END_OF_DOCUMENT_TOKEN_TO_BE_REPLACED