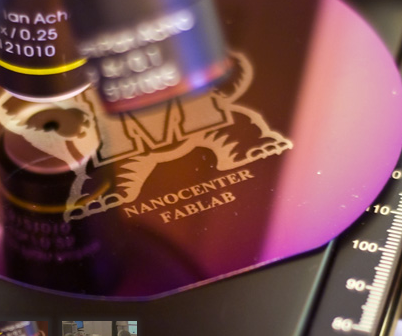 With China’s 2017 economic growth target set at 6.5%  – a downgrade from last year’s 6.5%-7% range – the nation of 1.3 billion people is navigating the transition to a slower-growth economy. This March, a delegation led by the Yunnan Provincial Industry and Information Technology Commission attended a two-week intensive training program hosted by University of Maryland’s Office of China Affairs to learn about economic development and innovation in the United States.

“We learned how American universities act as a bridge between government and industry in fostering innovation,” said Yunnan delegation member Liu Fang, director of the Wenshan Matang Industrial Park Management Committee. “This is a weak point in China and we hope to learn from the U.S. system.”

Yunnan Province, located along China’s southwest border and famous for its natural landscapes and diverse ethnic communities, has been developing rapidly in recent years. In 2016 Yunnan’s economy grew by 8.7% ranking it the 7th fastest growing Chinese province with a GDP of $215 billion. But despite a growing economy, Chinese government officials are still concerned about overcoming the “middle income trap” and moving up from a low-end manufacturing export-based economy to becoming a “moderately prosperous society.”

Professional visits included the Maryland State House and Maryland General Assembly, the Small Business Development Center at the University of Maryland, and the University of Maryland International Incubator. The group also attended a series of lectures: discussing the NOW Economy with Dr. Kenny He from Oracle Corporation and the role of intellectual property in technology commercialization by Felicia Metz from the Office of Technology Commercialization at UMD.

Through the combination of site visits and lectures, the Yunnan delegation learned about best practices and challenges in the U.S. The emphasis on computer-driven manufacturing, coined the “New Industrial Revolution,” has changed the nature of manufacturing operations and jobs in America. Office of China Affairs Senior Fellow Ken Hunter spoke of the need for a new social safety network based on different values and skillsets, as well as updating the traditional notion of a life-long job with the importance for life-long learning to adapt to a changing world.

With 17 years of experience providing leadership programs for Chinese ministerial and provincial executives, Hunter believes the U.S. and China can work together to face global challenges. “We have different political systems but we actually have a lot of similar values.”

Returning to China, the Yunnan delegation hopes to bring back lessons they’ve learned from their time in the U.S. “The University of Maryland has a long and exceptional record in supporting small and medium sized enterprises,” said Tang Wenxiang, deputy director of the Yunnan Provincial Industry and Information Technology Commission, “we want to implement a similar system back in Yunnan.”

International Coffee Hour
Discussion With "We Are Cuba!" Author Dr. Helen Yaffe
Study Abroad 101
What is study abroad? How does it work at UMD?
END_OF_DOCUMENT_TOKEN_TO_BE_REPLACED