The University of Maryland’s Office of China Affairs (OCA) has initiated a new partnership with the China Charity Alliance (CCA), the officially approved umbrella organization for China’s philanthropy organizations – part of a larger campus wide initiative to “Do Good.”

Organizing a two-week training program in Washington, D.C. and New York City from Oct. 14-28, the OCA facilitated U.S.-China learning exchanges of philanthropy best practices between a team of CCA delegates and major players in the U.S. philanthropy sector.

With China’s growing private wealth from years of rapid economic development and a recently passed China Charity Law in September, the country’s domestic philanthropy sector is on the rise. According to a Harvard study, 100 of China’s top donors pledged a total of $3.8 billion between 2014 and 2015.

However, policy infrastructure in China’s philanthropy sector is still in its fledgling stages. Meanwhile, charity projects are in great need, with 70.17 million poor in rural areas according to China’s poverty standards.

“U.S. charitable giving policies and guidelines are worthy of greater study by China,” said attendee Peng Jianmei, Executive Secretary General of the China Charity Alliance. The CCA, established in 2013 as part of the Chinese government’s efforts to decrease inequality and promote more sustainable development, is tasked with the mission to unite China’s public and private sectors and further promote philanthropy.

Attendees of the CCA training program varied from the billion dollar dairy enterprise Laoniu Foundation to the grassroots startup Ci Yuan Foundation, which provides education to children in rural China. To learn more about the development and best practices of philanthropy in the United States, the group met with major U.S. foundations, charity regulating government institutions, law firms, and non-profit organizations for a series of intensive lectures and site visits. 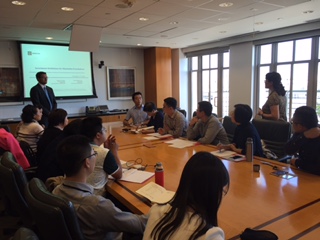 Learning about the role of tax structure and difference between public and private foundations with Bernstein. 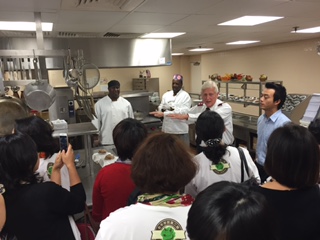 Seeing how charity work is done on the ground, the group tours the kitchen of a rehabilitation center for men funded by the Salvation Army store and men from the center. 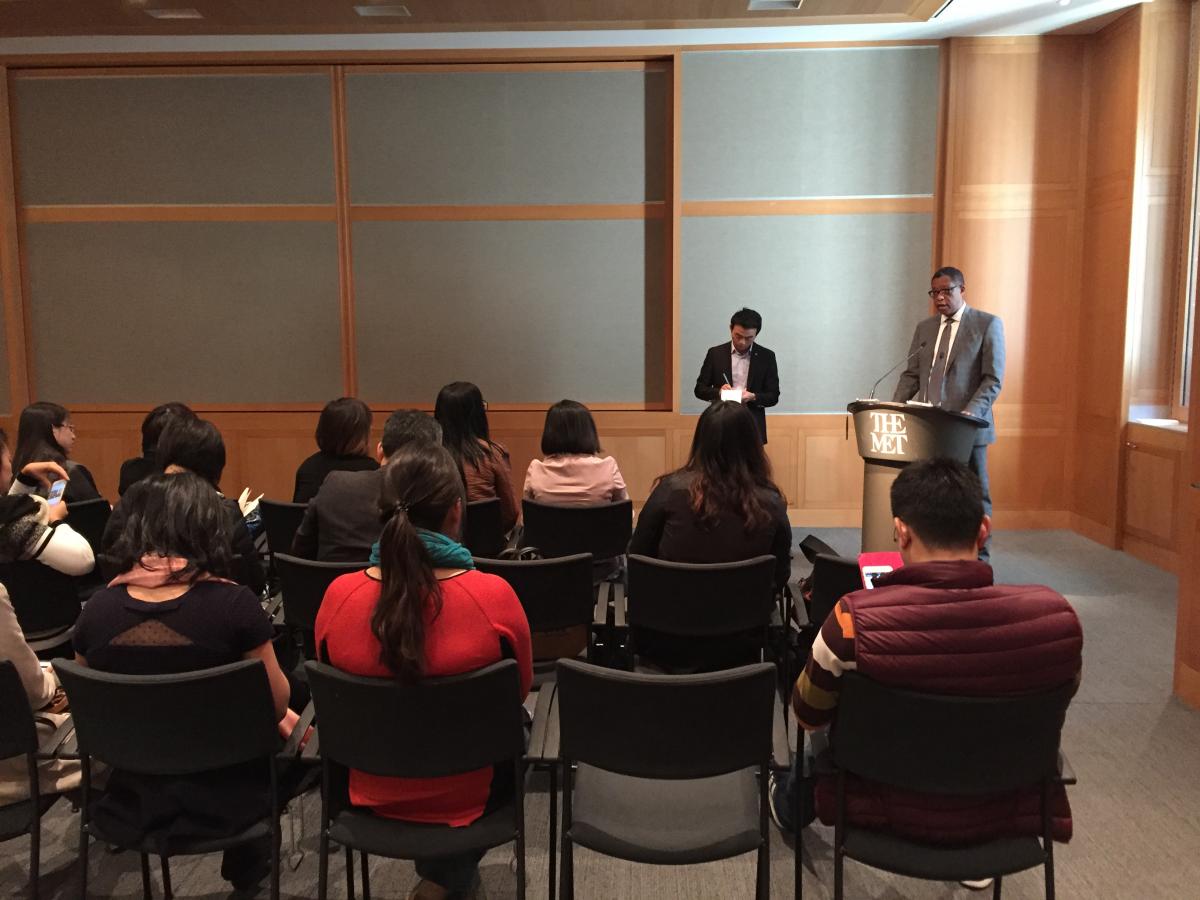 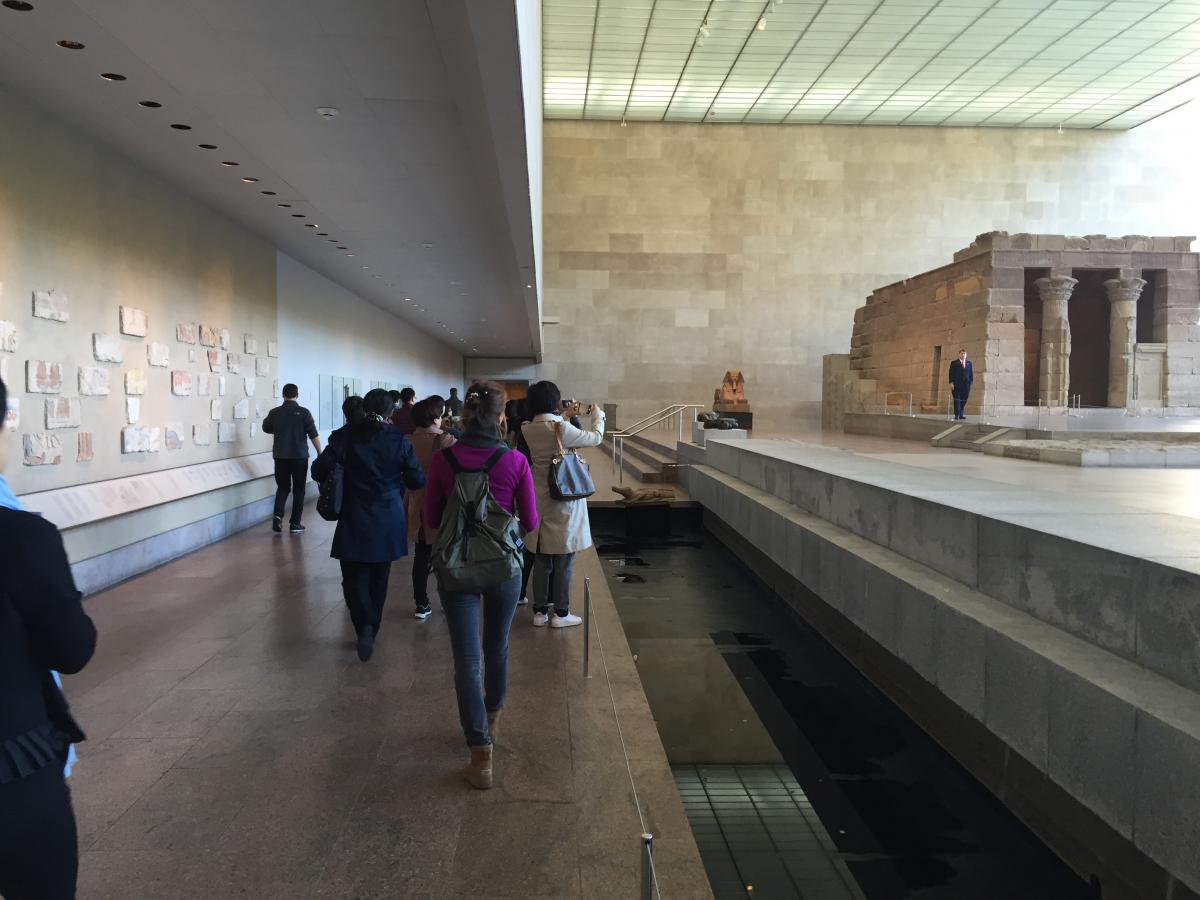 Learning about donor relations at the MET followed by a tour to see donations well spent. 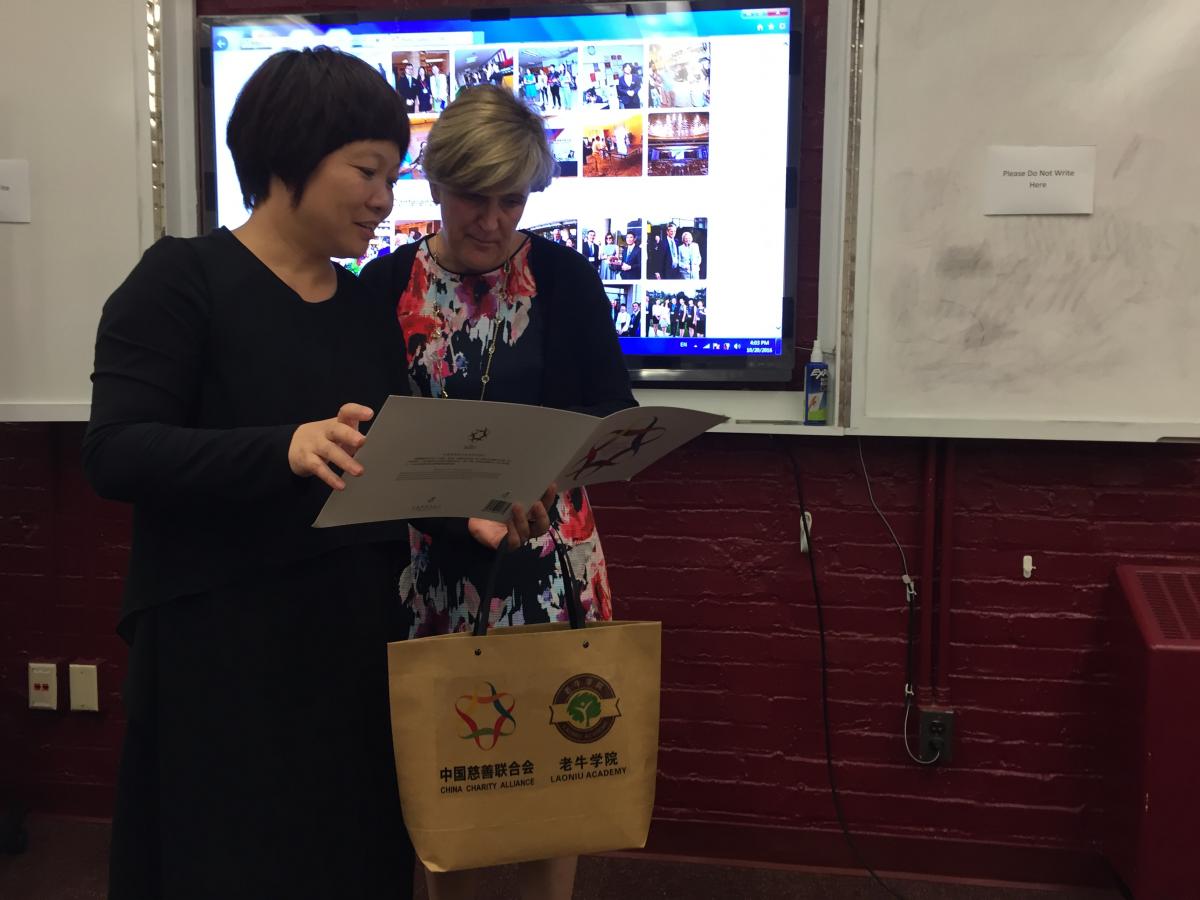 Peng Jianmei presents Anne Gunsteens, Executive Director of the Marriott Foundation, with a stamp collection from the CCA to show appreciation. 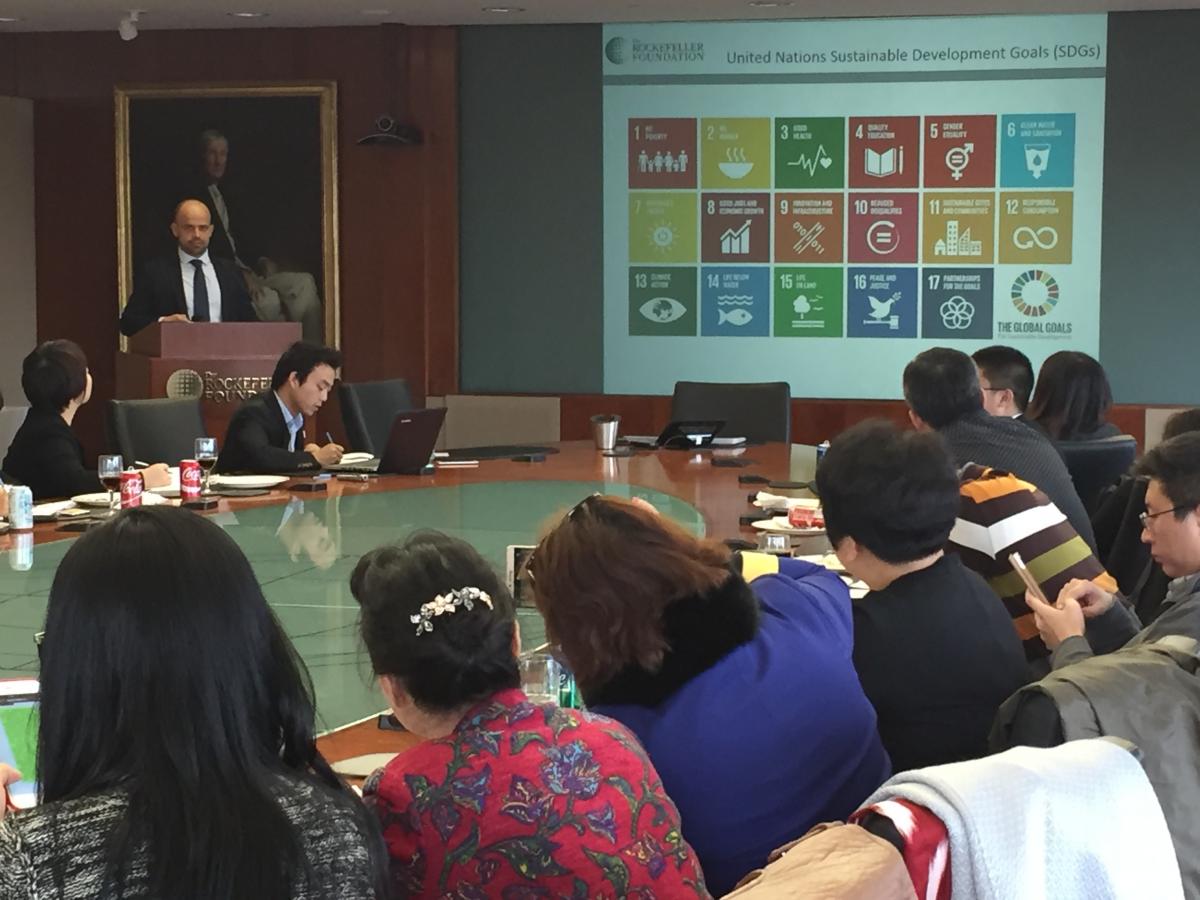 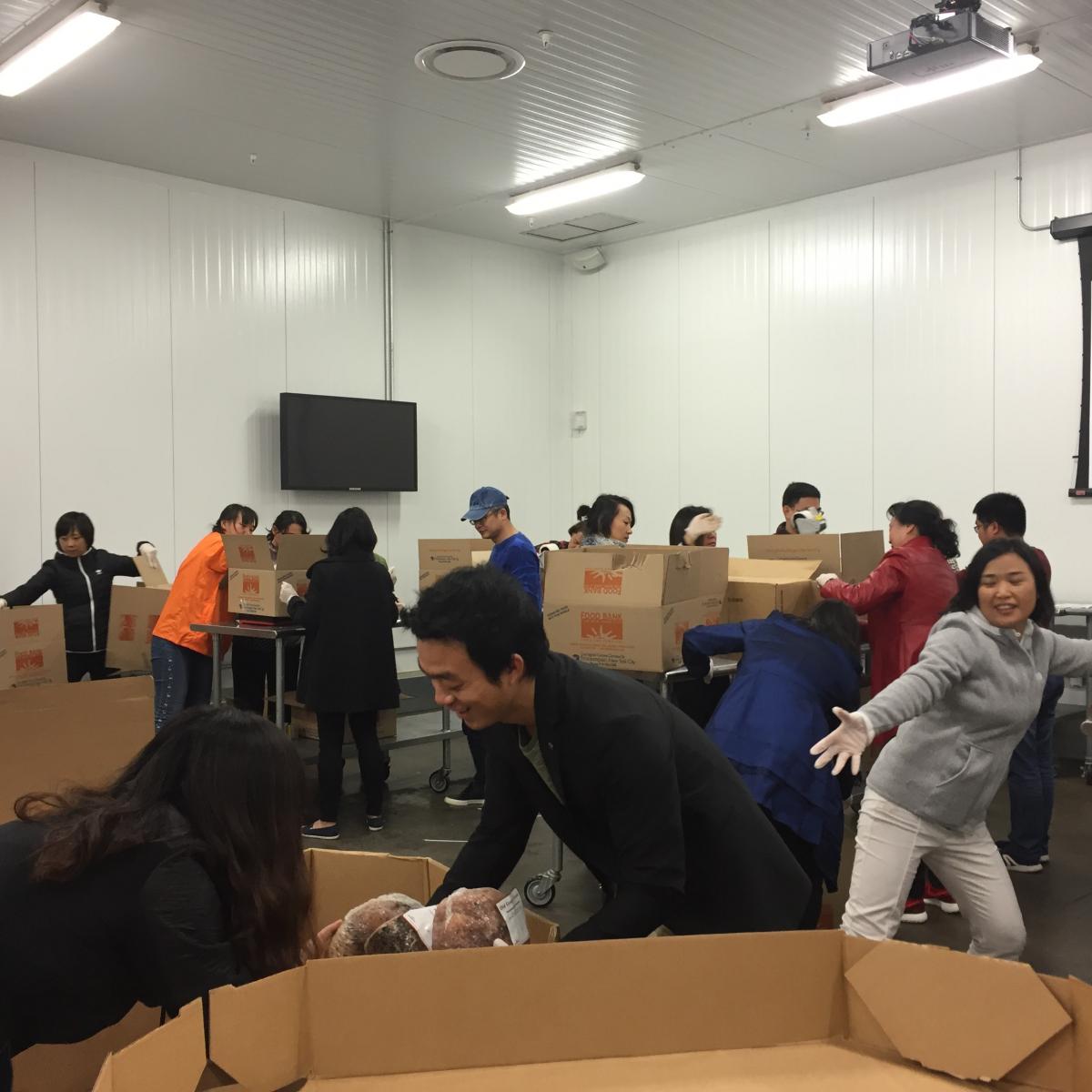 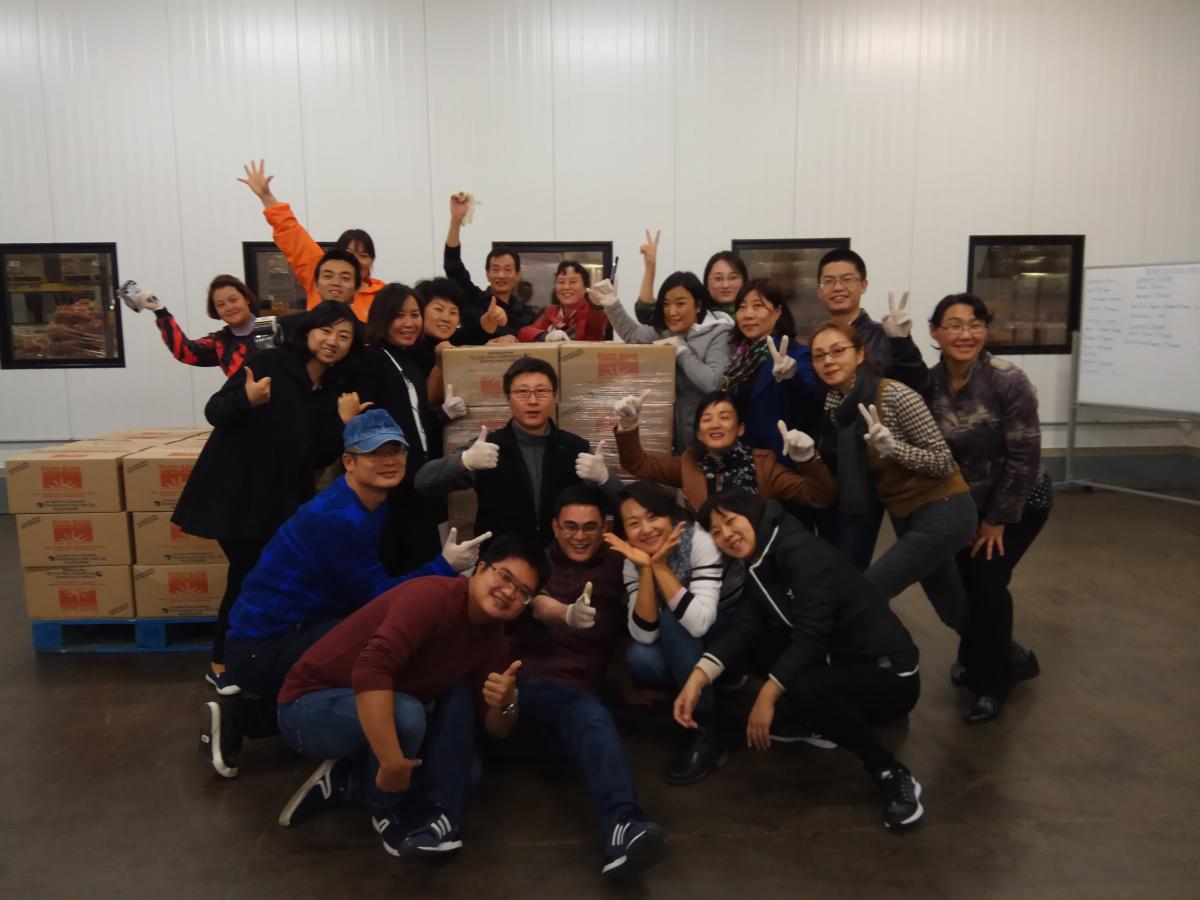 At New York City Food Bank, trainees help to pack up more than 1,500 pounds of donated deli meat to be distributed throughout the five bureaus of NYC.

Trainees shared insights about what they learned and the differences between U.S. and China philanthropy sectors. Lou Yangwei, from Wispring Education Development Foundation, commented that she learned the importance and uses of data to ensure money is being used for maximum benefit as well as differences in public and private foundations in the United States versus China. Tracy Zhang, from the Textile Vision Science and Education Fund, noted that while much of the information could be obtained online, it was different to have the opportunity to meet with speakers from the organizations in person, ask more detailed questions, and interact one-on-one. “It’s an inroad,” she remarked, adding that it was up to trainees to bring back what they had learned to China and pursue follow-up collaboration.

International Coffee Hour
Discussion With "We Are Cuba!" Author Dr. Helen Yaffe
Study Abroad 101
What is study abroad? How does it work at UMD?
END_OF_DOCUMENT_TOKEN_TO_BE_REPLACED