Intellectual property rights (IPR), an area of friction between the U.S. and China, is also becoming a point of collaboration.

From December 5th to the 16th the delegation engaged with government bureaus, academic institutions, and law firms for a series of lectures and site visits in Washington, D.C. on U.S. intellectual property law. “The U.S. is a leader in the field of intellectual property,” said Ye. “We hope to learn about how IPR is implemented in the U.S.”

Since China’s 2013 Third Plenum, a meeting of the Communist Party’s top decision makers, the Chinese government has promoted a national IP strategy to “strengthen the utilization and protection of IP, and investigate establishing a specialized IP court.” With 359,000 patents issued last year, China surpassed the U.S. as the world’s top issuer of patents – a new trend that has also benefited U.S. companies according to the Wall Street Journal.

Most of China’s IPR activity is concentrated in the developed coastal hubs of Beijing, Shanghai, Guangzhou, Jiangsu, and Zhejiang. Currently, trademark filling in Zhejiang, a province that specializes in exports like small toys and car parts, is double that of Beijing and Shanghai. Patent filing is higher in Shanghai and Beijing

Despite the IPR policy push, Li Pin, General Manager of Hangzhou’s Orange Intellectual Property Law Firm, noted problems in the development of intellectual property in China. Chinese companies worry that even if they are awarded a patent, they won’t necessarily receive IPR protection. Other issues include a lack of expertise in the field of patent law and an inflow of patents that lack commercial applicability.

Despite these challenges, Li predicts that development of IPR in China will continue to expand rapidly. “Our office is constantly busy,” said Li, who explained this is partly thanks to Chinese government support. For instance, a Zhejiang company that obtains invention patent rights will receive a RMB3,000 subsidy from the provincial government, RMB5,000 from the city government, and another RMB5,000 from the local district government. “Companies that obtain patent rights make a net income when factoring in the approximate cost to apply for the patent” said Li.

However, she also observed that companies continued to file for design patents even when the government had stopped offering subsidies. “This shows that companies have realized there’s a real need for patents.”

In the future, opportunities for bilateral collaboration on IPR are likely to continue. “There’s a lot worth studying,” said Huangfu Jing of Zhejiang’s Business College. “There are also several challenges in IPR that the U.S. and China are both facing.” 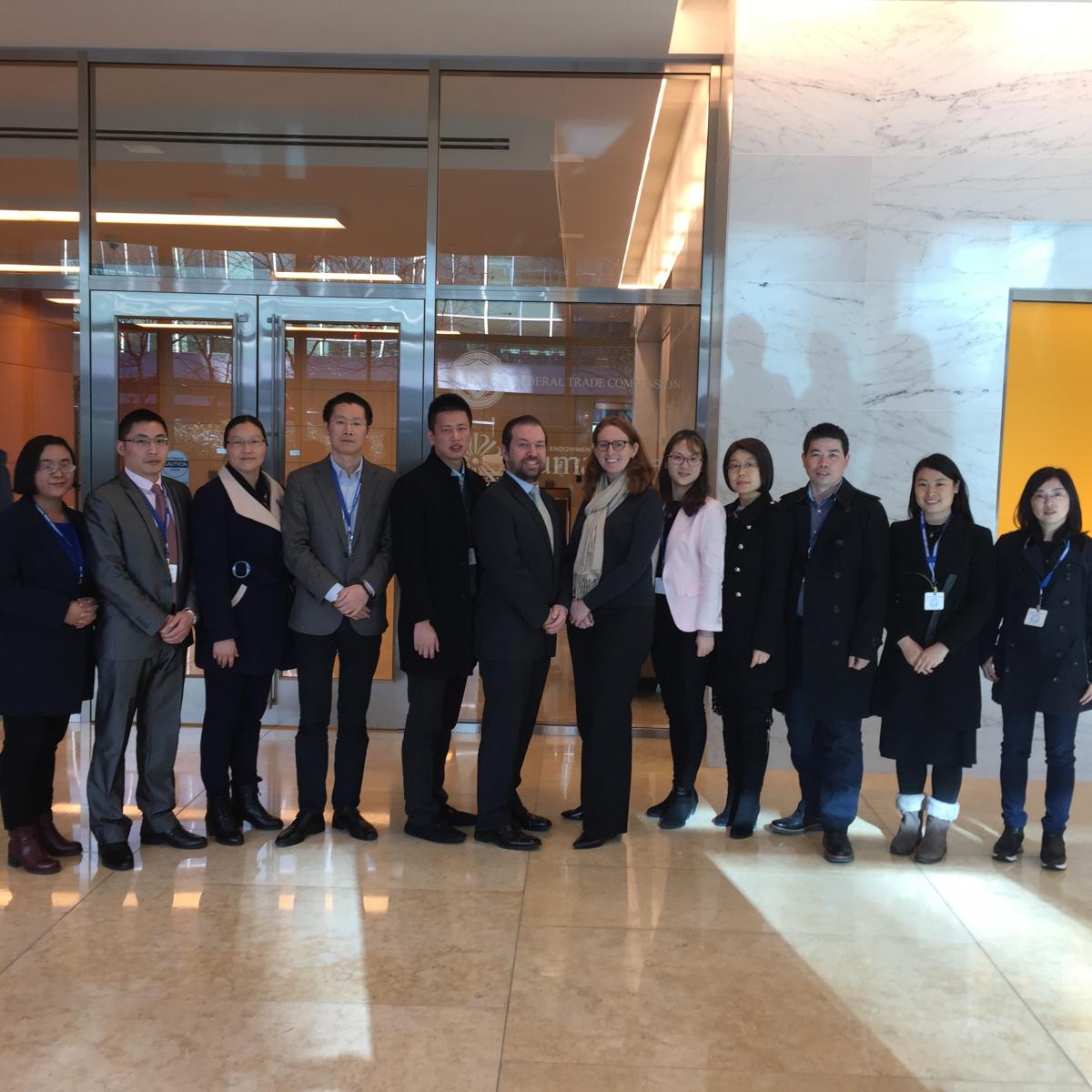 Zhejiang IPR delegation poses for a shot after a lengthy meeting on how to prohibit deceptive patent demand letters at the U.S. Federal Trade Commission.

International Coffee Hour
Discussion With "We Are Cuba!" Author Dr. Helen Yaffe
Study Abroad 101
What is study abroad? How does it work at UMD?
END_OF_DOCUMENT_TOKEN_TO_BE_REPLACED