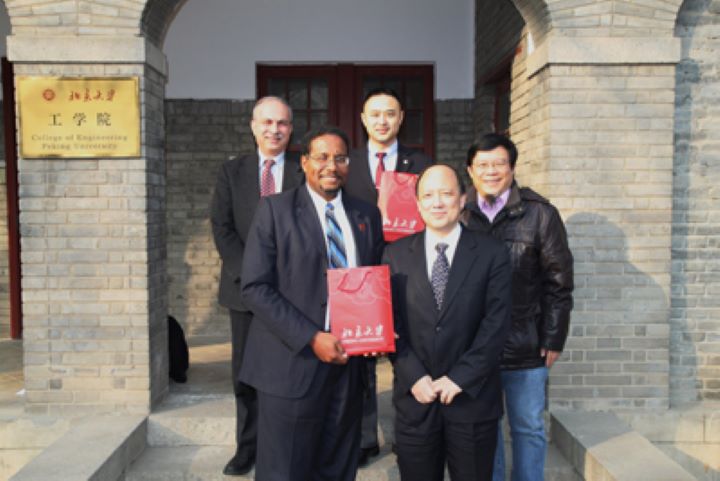 Some frequently asked questions about MOUs:

What is an MOU?

MOU stands for “Memorandum of Understanding.” An MOU is a non-binding statement of intention between two parties—in this case, between UMD and an international partner. MOUs are very general documents, indicating that the leaders of the two institutions support cooperation between them. An MOU does NOT commit either party to any specific obligation. Instead, it calls for separate, detailed, binding agreements for each collaborative program, and sets some general conditions that will apply to any specific program that is created under its umbrella.

Why should I propose one?

There are many reasons that you may want to propose an MOU between UMD and an international institution with which you work regularly. For example, many external funding agencies require an MOU between the institutions of researchers who are making a joint application for a grant, to demonstrate that the two institutions support the proposal.

Likewise, UMD’s international partners will often ask for a general MOU either ahead of, or in conjunction with, the creation of a specific program of collaboration, such as a formal student exchange program or a joint degree program. UMD in fact prefers that MOUs be linked to some specific planned collaboration, either in the immediate or near future.

How do I propose an MOU?

I’ve got the final text for the MOU. How do I get it formally approved?

Send the final document and the original proposal form to OIA, which will route it for needed formal approvals and signature.

Who has to approve it?

Who signs for UMD?

The only UMD officials who have legal signatory authority for institution-to-institution agreements (such as general MOUs or student exchange agreements) or agreements involving university-level resources and commitments (such as joint degree programs or major research collaborations) are the provost and the president. Normally, the provost is the UMD signatory. Other university officers can add their signature for ceremonial purposes, with the approval of the Provost’s office.

How long does it take to get an international MOU drafted and approved?

Moving from initial discussions to final signature by the provost or president can take several months, particularly if your partner institution asks for special conditions or customized language. The completion of an international MOU based on the UMD template typically takes four to six weeks.

How long is an international MOU valid?

The current UMD international MOU template has a term of five years.

Can an international MOU be renewed?

Where can I find an example of a UMD MOU with an international partner?

Members of the campus community can explore the database of UMD international agreements. Log in with your UMD ID and password to explore our database of global partners.