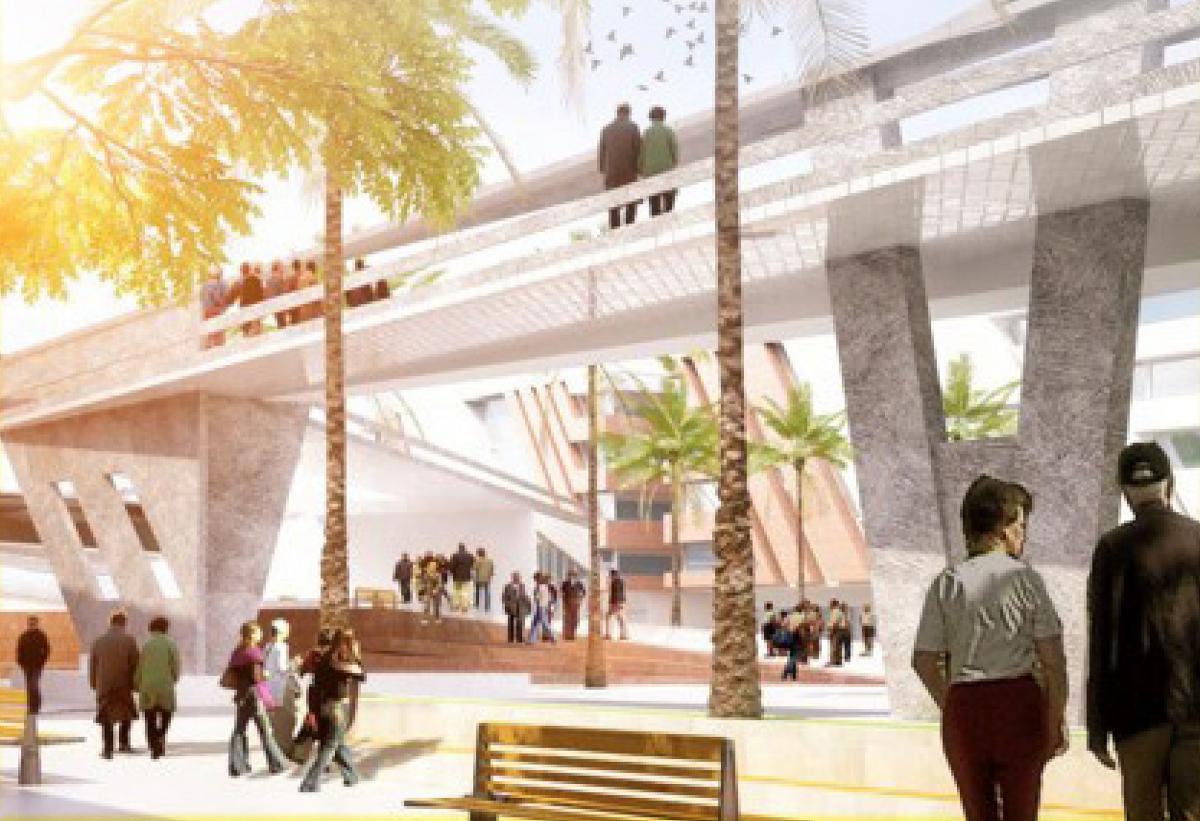 The concerns of a young Iraqi-American architect based in Washington, D.C. have sparked a growing collaboration between faculty and students of the UMD School of Architecture, Planning, and Preservation (MAPP) and their counterparts at a leading Iraqi university.

According to MAPP Associate Professor Madlen Simon, when Zahraa Alwash of the firm Gensler Washington, D.C., looked into the training of architects in Iraq, “she [Zahraa] became aware that there was lack of education in a particular area, and that is graphic design for architects.”  Alwash’s remedy was to approach Simon at MAPP and Professor Shaimaa Hameed Hussein at Al-Nahrain University in Baghdad.

The two taught a course titled ‘Bridging the Gap - Studio’ together in the Spring 2016 semester, where students designed a Baghdad neighborhood and aimed to understand the scars of war and terrorism—culturally, architecturally, and in the day-to-day life of Iraqi society. The class involved MAPP graduate students and advanced undergraduate Al-Nahrain students. “The relationship that grew between the University of Maryland and Al-Nahrain University,” Simon said, served as an inspiration for further collaboration. “I think we gained a certain amount of understanding with the way we worked in each other’s countries.”

The success of this course led to a further idea: a summer workshop that would bring faculty from schools of architecture from Iraq to the United States to learn an international standard for graphic communications. The goal behind this workshop was for Iraqi participants to take back what they learned to Iraq and apply it to their studies or teaching there. “The idea is that this international standard of communications would begin to spread through Iraq,” Simon said.

Al-Nahrain Professor Hussein recalls that one of the biggest challenges was just getting her Iraqi colleagues to the United States. Initially scheduled to fly via Istanbul, the day before they were set to take off from Baghdad saw the coup in Turkey. Istanbul airport was shut down, and the whole group had to quickly change all their travel arrangements.

Despite these major logistical issues, once the group arrived and started their project, many interesting learning experiences arose, such as working with Arabic typography: “This is a subject that’s not very well-documented. We feel like we had to be creative to work with the different alphabets, and we’ve learned a lot about the Arabic alphabet—not that we can read it, but we understand how the beautiful letters are formed and how their design is different than the letters we use in our English alphabet,” Simon said.

Communications was a big focus of the project, with students and faculty on both sides utilizing social media to communicate with each other and understand each other’s cultures better. Some of the most common communications platforms participants used were Facebook, Slack, and videoconference calls.

The project helped UMD participants gain more knowledge of the day-to-day differences in Iraqi lifestyle decisions: “We asked basic questions about many things like ‘what time do you wake up? When do you eat lunch? Where do you eat lunch?’ We learned that life is different in Baghdad mainly because of the different climate, and once we understood that connection between climate and human experience, we began to get it,” said Simon, when discussing the challenges of working with a foreign environment in mind.

Simon noted that humanizing this architectural and graphic design experience led the group to understand that, because of the climate, and the security situation in Iraq, it was helpful to appreciate not just what Baghdad looked like but why things look the way they do and how people interact with that environment. “We learned how things have changed in recent years due to the political situation,” she said. “What we see on TV is the terrible results of the war. What we don’t really understand is the impact on daily life on the citizens in Baghdad, and I feel like we understand that much better now.”

Al-Nahrain Professor Hussein said she hopes this workshop opens up economic and educational opportunities for her students: “I am happy to be here in [the] USA and with Madlen with this fantastic workshop. We learn a new way for presentation to help my students to do the portfolio, to present their work and get good job—maybe a good chance to study at international university.”