Learn what some Terps are doing around the world. 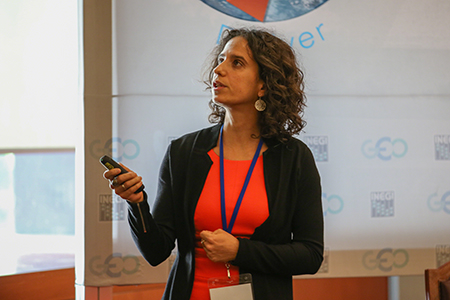 The Asia-Pacific Economic Cooperation (APEC) recently recognized Dr. Inbal Becker-Reshef, associate professor in the Department of Geographical Sciences, as the U.S. nominee for the prestigious Science Prize for Innovation, Research and Education (ASPIRE) award. This is the first time the United States has put forward a woman as nominee for the prize; Becker-Reshef was chosen for her work in the application of satellite information for agricultural monitoring at national to global scales.

Barret Wessel: On Fulbright Mission to Explore Soils and Happiness in Denmark

As the first Department of Environmental Science and Technology student to be awarded the Fullbright scholarship grant, soil and watershed sciences Ph.D student Barret Wessel will live in Denmark for the 2016-2017 academic year to study two marine ecosystems and apply soil science approaches to generate benthic (sediment and substratum) maps and conceptual models of the bottom of the Odense Fjord - building on similar work that he has conducted on the Rhode River subestuary of the Chesapeake Bay. 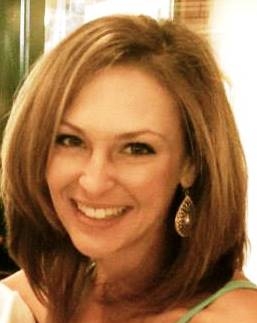 The UMD Graduate School awarded Jennifer Guida, Ph.D. student in Epidemiology, with an International Graduate Research Fellowship. The fellowship will support Ms. Guida as she embarks on a research trip to China with her faculty advisor, Dr. Hongjie Liu. Leveraging Dr. Liu’s academic connections in the country, Ms. Guida will have the opportunity to work closely with Chinese sex workers and explore factors promoting sexually transmitted infections (STIs) in that population. 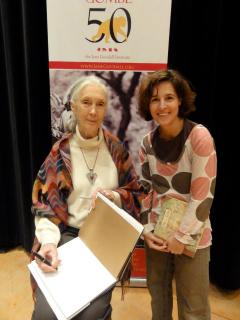 A network of international colleagues has helped UMD Sociology Assistant Professor Christina Prell develop an innovative approach to global environmental issues.  "I lived in the UK for about eight years, and I formed ties with many European scholars there," Prell said. 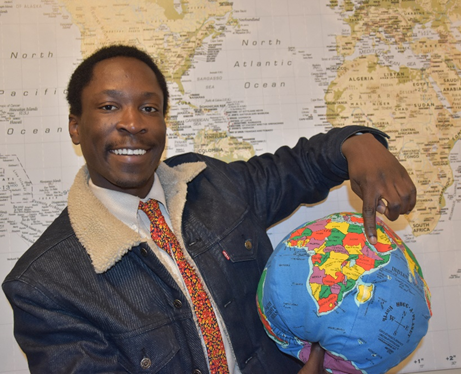 Rick Tagne, who took part in Global Semester: U.S. Diplomacy and Policymaking, created and led a University of Maryland team to fundraise for a non-profit called, “The Adventure Project.” 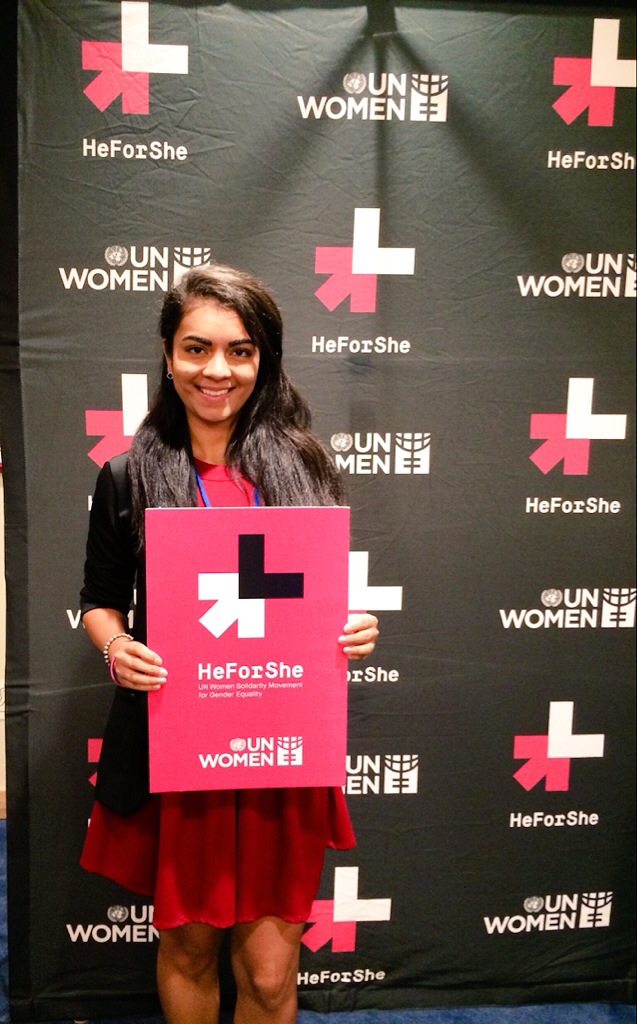 Throughout her college career, senior public health major Isabela Barriga has made a point of being involved on campus. She says doesn't need to be abroad to get the global experience as a University of Maryland student. 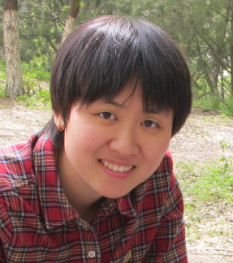 Peter Dunlop '15 spends his winter and summer breaks building schools where aid organizations are afraid to go. Through Students Helping Honduras, Peter dedicates his time to giving Honduran children the opportunity for an education. Learn more about Dunlop. 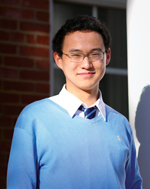 UMD senior Fang Cao is the first Rhodes Scholar to be chosen from UMD since 1974. The Rhodes Scholarship is widely considered to be the most esteemed academic award available to college graduates. Cao is one of only 32 students from across the nation to receive this scholarship. Learn more about Cao. 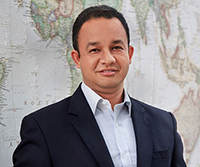 School of Public Policy alumnus Dr. Anies Baswedan (MPP '95) is Governor (Mayor) of the Indoneian national capital region of Jakarta (since 2017). A Fulbright Scholar to UMD during his masters studies, he subsequently served as rector of Paramadina University before being appointed to be Minister of Education and Culture in Joko Widodo administration.

Graciela Jascheck is a doctoral student in the Department of Epidemiology and Biostatistics. A former community organizer, Jascheck was drawn to the social justice aspect of public health. She is particularly passionate about addressing the health needs of vulnerable or understudied populations. Last year, Jascheck was selected to study public health issues in Peruvian communities through Public Health without Borders. 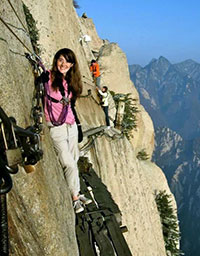 Sarahann Yeh, sophomore biological sciences major, is one of fifteen recipients of the Fund for Education Abroad Scholarship. Selected from more than 1,000 applicants, she has been awarded $5,000 to study at East China Normal University at the CIEE Accelerated Chinese Language program. There she is building foundational language skills to support a career in global public health focused in East and Southeast Asia.

Celebrating the Legacy of Roald Sagdeev 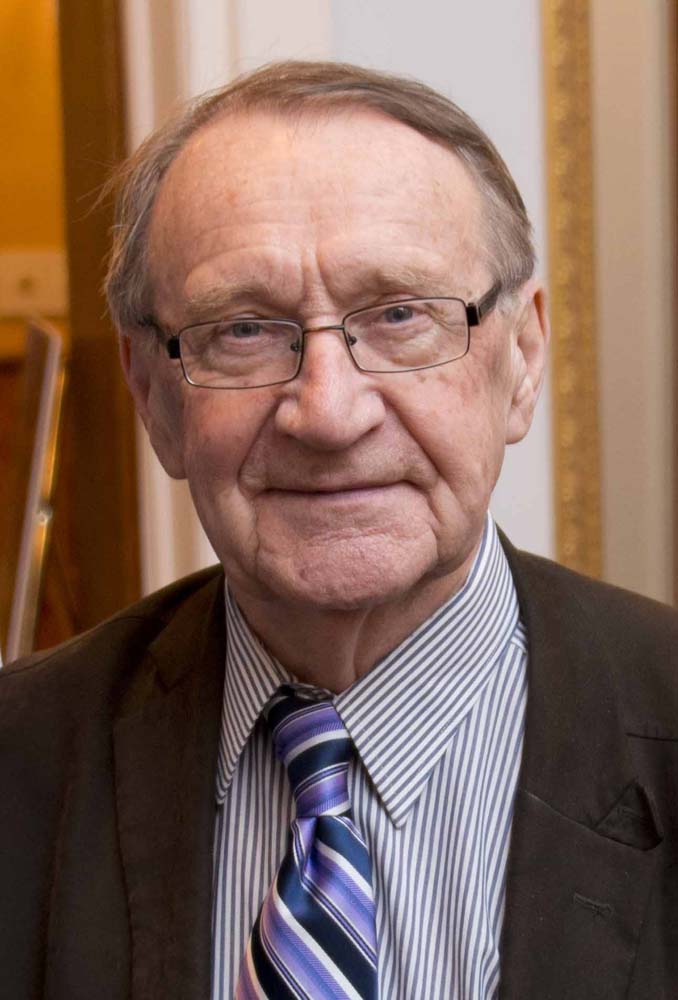 In the final days of the Soviet Union, UMD Physics Distinguished Professor Roald Sagdeev took a risk. In the face of having his tires slashed and apartment robbed, he pioneered U.S.-Soviet cooperation in space and was heavily involved in disarmament talks—establishing himself as a major 20th century force for peace and scientific cooperation.

In spring 2013, the university recognized his lifetime of contributions and the impact he has made on modern science in the fields of plasma and space physics, scientific policy, and global security. 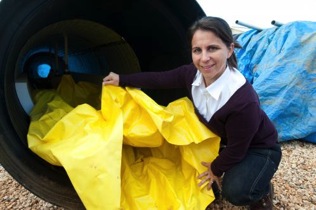 Stephanie Lansing loves researching the bowels of renewable energy. The assistant professor in the Department of Environmental Science and Technology is working on capturing human waste in Haiti to heat homes, cook food, and generate power—while keeping methane, a powerful greenhouse gas, from escaping into the atmosphere. Lansing’s focus is on shrinking anaerobic digesters, which break down material to produce gas that can be trapped and used, so even individual families can obtain and afford them.